“When I paint, I try to bring what I like to those who see my work.” 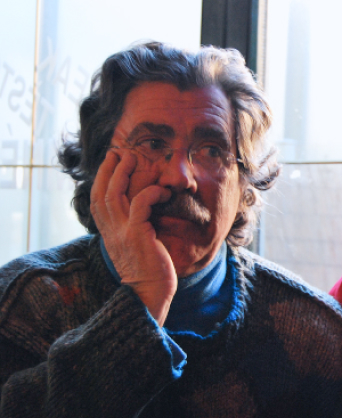 Ramon Moscardó (Barcelona, ​​1953), was born between Gracia and San Gervasio, the Putxet and the Blue Tram where he began to paint as a game with his twin brother Josep.

They began their career at the schools of Fine Arts and Arts and Crafts in Barcelona. Hand in hand with the painter and professor Josep Puigdengoles, they began to connect with the Sala Parés Gallery, of which they have been a part as collaborators for more than 40 years. They also learned from other teachers, those whose names we do not list, so we do not forget anyone.

He has regularly exhibited at La GaLeRia Batlle Argimont since 1998. His works have been exhibited all over the world, having the opportunity to live and paint in Germany, China, United States, Hong Kong, Italy, Paris, United Kingdom, Czech Republic, as the most recent places.

He currently resides in Cadaqués, where he works and creates for more than 30 years, together with his family. Deeply in love with his country, where the lights, landscapes and people are his source of inspiration.